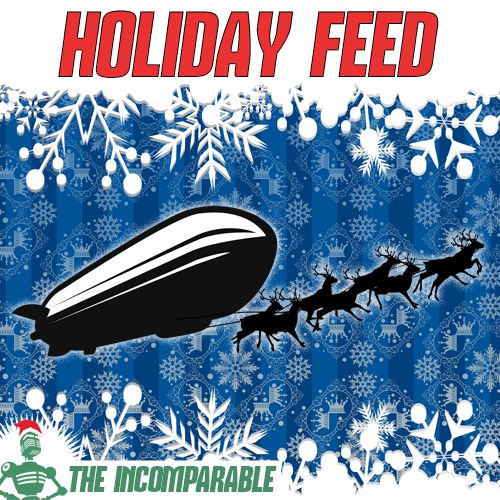 All our episodes about the holidays.

Happy Life Day! To celebrate this important occasion, The Incomparable hereby presents a commentary track, to be viewed alongside The Star Wars Holiday Special.

You’ll need to find the Holiday Special via the usual rebel channels. We watched the version with ads in it, so if you find a different version, pause the show during the ads.

A new Parsely adventure? It’s a Christmas miracle! We take a tour of the North Pole and try to save Christmas by entering basic commands into a human parser. What secrets lie in the Candy Cane Forest? Who lives atop Yeti Mountain? What is Mary Claus’s marital status? Tis the season!

Nobody dies harder than John McClane.

The Incomparable 491: The Yellow Ones Don't Stop

Get out your flask of maple syrup, warm up your Lite Brites and Etch-A-Sketches, and check the Clausometer, because it’s time to tell the story of Buddy the Elf. It’s 2003’s “Elf”, the modern Christmas classic starring Will Ferrell. What are the theological implications of the seven levels of the candy cane forest? Why so many “Lord of the Rings” references? How can James Caan and everyone else at the publishing company be so bad at their jobs? Wait a second… this isn’t maple syrup!

Gather ‘round the dinner table and prepare to partake in an amazing feast produced by your podcast pals. To celebrate Thanksgiving we’re drafting an entire meal, dish by dish. Kathy reveals her hands-off approach to Thanksgiving dinner. Phil has follow-up questions. Monty has a plan for immortality. Moisés implores you not to eat the Bay Leaf. And once we’re all full, Brian will bring you coffee. Pull up a chair!

Have you seen a woman that looks like these 30 pixels?

Defocused 175: They Can't All Be Winners

You couldn’t pick a worse person to be around children.

In this special episode we discuss our personal holiday traditions, including foods, travel, gift-giving, decorations, and media. We also debate the reality of tofurkey and learn many things about legendary bearded gift-giving characters courtesy of a country that’s shaped like a chicken.

I don’t want to say “problematic” because I say it too much.

The Incomparable 382: She's a Librarian

Stand above the icy river waters and ponder what life would be without 1946’s holiday classic, “It’s a Wonderful Life.” Would you be shocked to discover that not everyone likes it? In this episode we’ve got two fans of the film to tell us why it’s great, and a detractor who is attempting to crash this car into the town’s oldest tree. What are the pros and cons of one of the definitive Christmas movies of all time?

There are easier ways to kill a dog.

Defocused 128: The Weather Outside is Frightful, but the Luggage is So Delightful

I don’t want to spoil it for you, but there’s a bad guy.

Jason lived through the 90s and yet somehow never saw the biggest comedy of the decade, “Home Alone.” That’s getting remedied right now, as Myke turns the tables!

What is the deal with this family?

Regular Incomparable Network listeners will know of Jason Snell’s oft-thwarted desire to talk about his lifelong love of “Micronauts”; a series of comics, starring characters based on American toys, which were based on Japanese toys. At last, this is our gift to him… and to you. Happy holidays!

Defocused 125: Worth His Weight in Goldthwait

Is this your first day, potato? 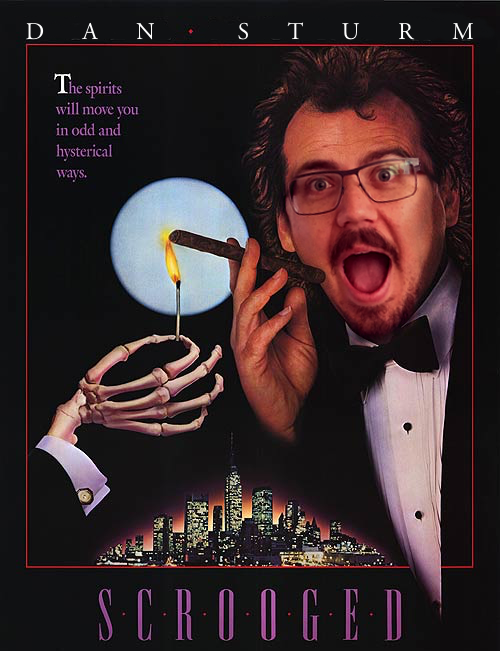 Christina and Mikah are back this week with two animated holiday specials. Christina made Mikah cry by having him watch “Marge Be Not Proud,” and Mikah taught Christina about Kwanzaa with the help of Futurama.

Unjustly Maligned 43: "On Her Majesty's Secret Service" with David Loehr

Ho Ho Seven! For Brits, Christmas means a traditional dose of 007 on the TV. So in this festive episode, playwright David J Loehr joins Antony to talk about the most misunderstood Bond movie of all, “On Her Majesty’s Secret Service”.

Myke at the Movies 11: "Christmas Vacation"

Bonus Track 275b: Bring the Cane

More terrible talk inappropriate for the holidays, plus more about “Miracle on 34th Street,” “The Lion in Winter,” and, strangely, “Becket.”

On this Old (Holiday) Movie Club, we review a certifiable Christmas classic, “Miracle on 34th Street.” Then we watch a very different sort of film set on Christmas, “The Lion in Winter.”

Join us as we revisit three childhood holiday TV classics, 1964’s “Rudolph, the Red-Nosed Reindeer,” 1965’s “A Charlie Brown Christmas,” and 1966’s “How the Grinch Stole Christmas.” You’ll learn about Big Santa’s despotic reign over the Grotto of Malfunctioning Headlamps, groove to Schroeder’s piano jazz trio stylings, and may even discover a Hoober-Bloob or two.

Defocused 28: I Know Where Pomona Is

The Incomparable 226: Stop Circulating the Tapes

It’s the holiday season, when it’s time to consider what’s truly important. We spend time with family and friends and maybe even reserve a few moments to ponder some of life’s mysteries: Is Bea Arthur really Boba Fett? Does Han Solo have a secret Wookie bride? What is Tobor spelled backward? And does C-3PO have eyelids?

Defocused 27: A Growler of Maple Syrup

It’s Dan and Joe (We know them! We know them!) here to talk about the 2003 classic Christmas film, directed by John Favreau, Elf.

Phil and Lisa ruin Christmas with their critiques of holiday movies from the Hallmark channel.

Defocused 26: A Shill for Big Dairy

A little follow up. A little more about the Sony hack. And a whole lot of Home Alone (1990).

A celebration of “Do They Know It’s Christmas?” with an outtake from this weekend’s The Incomparable, plus a bit about it from last year’s holiday music episode.

‘Tis the season for holiday music! Unfortunately, while we unabashedly love the holidays, only some holiday music strikes our fancy. Join us as we talk about what make good and bad holiday songs.

(This is the unedited version of the session that became Incomparable 173, our holiday music episode.)

‘Tis the season for holiday music! Unfortunately, while we unabashedly love the holidays, only some holiday music strikes our fancy. Join us as we talk about what makes a good holiday song and then stick around (if you dare) as we complain about some of the worst the season has to offer. Happy holidays, folks!

(This is a remastered version of the edited episode. Cut material that was originally part of an After Dark/Bonus Track is now appended at the end of the regular episode.)

Holiday TV: There’s a lot of it, and some of it is good. A lot of it is bad. We talk about classics great and not-so-great and induct some very special shows into the Incomparable Holiday Vault. Also, Steve reveals a deep, dark secret.

Not Playing with Lex and Dan 2: Die Hardy Boys

What better way to kick off the holiday season than with Bruce Willis’s star-making turn as an everycop? Dan introduces Lex to the best Christmas movie ever, 1988′s Die Hard.

Hot topics include Alan Rickman’s death scene, expletives in movies, and the many lives of Alexander Godunov.

Trim the tree, wrap the presents, and watch out for the killer in your attic! It’s time for us to place five new gems into the Incomparable Holiday Vault! We discuss some beloved holiday classics and offer a few surprise choices. This is a darker installment, as we uncover the racism in some holiday staples, and then Steve inducts a horror movie. And can a talk show really be a holiday special? You’re gonna shoot your eye out with that thing!

Jason, Dan, Lisa, Glenn, Andy, and Steve before, during, and after The Incomparable #118. We are horrible, horrible people.

The Incomparable 71: The Holiday Movie Vault

Grab some eggnog and hitch up your reindeer! It’s time to put six holiday films in the Incomparable Film Vault! We discuss some beloved classics and offer a few surprise choices that redefine what “holiday” and “film” actually mean. What is a realistic depiction of Santa? Is Bill Murray’s best Scrooge not actually in “Scrooged”? Has Clarence the angel left a trail of dead bodies behind him? Is Kris Kringle the original Apple Genius? Happy holidays, everyone!

The Incomparable 17: We're Going to Need Some More Christmas Movies, I Guess

Is “Die Hard” the greatest Christmas movie ever made? Dan Moren thinks so. Others are less sure, but there’s no denying how great this seminal ’80s action flick is. We discuss John McClane’s adventure at Nakatomi Plaza, as well as other Christmas movies and TV shows we have loved.

The Incomparable 16: If You Love an Autobot, Set it Free

Happy holidays from everyone at The Incomparable. In this pre-Christmas edition we talk about beloved gifts from our childhood, and discover a strange collection of cruel parents as well as a Transformer tragedy.