Arr, matey! Not only be it days from the equinox, but it be International Talk Like a Pirate Day. What better time to wrap up the Summer of Spielberg with “Hook,” a (misguided?) Peter Pan sequel starring Robin Williams as Peter, Dustin Hoffman as Captain Hook, and Julia Roberts as Tinkerbell, all gallivanting around a very crowded and overlit stage-set version of Neverland. We discuss the movie’s appeal to early-nineties kids, Spielberg’s commercial sensibility as a director, and the film’s many misguided creative decisions.

As we prepare to exit the Summer of Spielberg, things have taken a bit of a turn. We’ve taken out our surgical tools to diagnose just what went wrong with “Ready Player One,” in which a director who is much more interested in movies than video games and who himself deeply influenced 80s culture is put in charge of a too-faithful adaptation of a book about video games and 80s culture. We spent a lot of our time imagining a much better movie that could have been made instead of this one.

Hop on your tripod killing machine and watch out for common cold viruses — if it’s New Jersey, it must be an alien invasion! We cover 2005’s “War of the Worlds,” starring Tom Cruise as a dad who just wants to protect his kids from the end of the world. Well, maybe one of his kids. Screaming! Explosions! Implausible plot points! Not enough Miranda Otto! Maybe too much Tim Robbins! The 9/11 influence is strong in this one.

The Incomparable 578: Fish in the Milk

Stand up and prepare to operate your computer by waving your hands! The Summer of Spielberg continues with 2002’s “Minority Report,” a sci-fi noirish murder mystery combined with a vision of the future and a dose of social commentary. We discuss the future’s retinal-scanning obsession, Tom Cruise’s security eyes, and the amazing precog named Agatha. Is it now? I’m tired of the future.

The Summer of Spielberg turns its eyes to “A.I. Artificial Intelligence,” a project begun by Stanley Kubrick and completed by Steven Spielberg. Whether it works for you may hinge entirely on if you consider it a science-fiction story or a fairy tale. We marvel at some great performances, are frustrated by some creative choices, and in the end find ourselves applauding the boldness of the ending. (Now pass us some tissues, we’re ugly crying.)

The Summer of Spielberg continues with what was once the biggest movie of all time, “Jurassic Park.” And you know what? It holds up, though we have an awful lot of questions about John Hammond and his business choices. Unfortunately, we also watched the Spielberg-directed cash-grab sequel, “The Lost World: Jurassic Park.”

The Incomparable 575: You're Going to Your Sister's? I'm Going to Space!

Prepare your mashed-potato sculpture and zip up your red jumpsuit, because we’re about to discuss the 1977 film classic “Close Encounters of the Third Kind.” We discuss why this film is Steven Spielberg’s tapas, French-American UFO projects, “American Graffiti” with flying saucers, and much more. Plus Dan reveals a most unusual location to watch this film for the first time. It’s shaping up to be a real Summer of Spielberg. 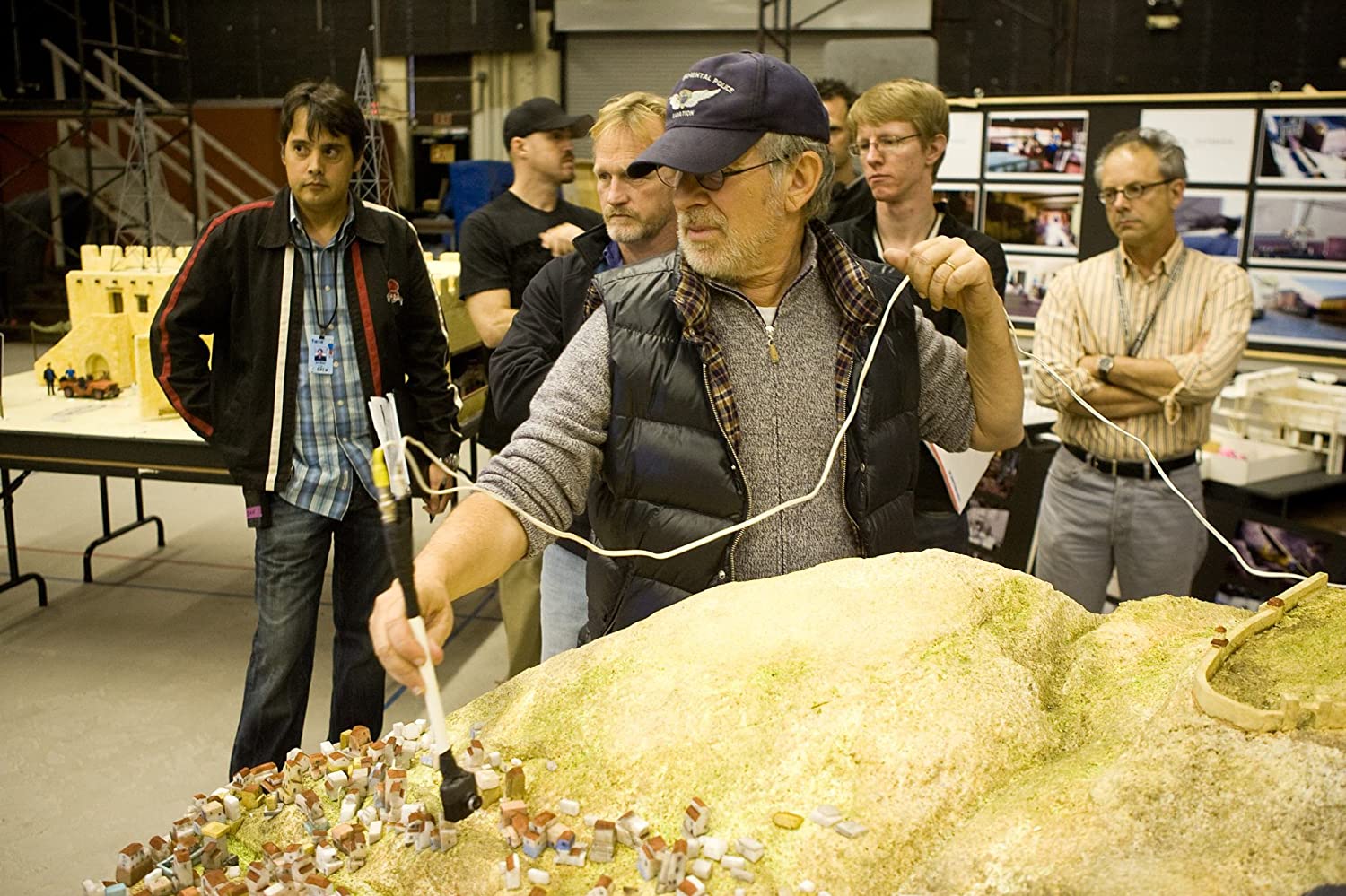 The Incomparable 468: Did the Shark Order Takeout?

For 4th of July week we’re going to the beach — Amity Island, to be precise. Old Movie Club takes on the original summer blockbuster, 1975’s “Jaws”, directed by some kid named Steven Spielberg. Two of our panelists have never seen it! But we all learn some important lessons about how much blood the human body contains, the ins and outs of tourism marketing, and how the most important part of the journey is the sharks we met along the way.

The seagulls in Spain are mostly on the plane.

Joe sold his record player for a gold comb and Dan sold his hair for a record.

Grab your flowerpot and engage the rainbow drive! It’s time to discuss Steven Spielberg’s “E.T.: The Extra-Terrestrial,” the film that eclipsed “Star Wars” as the biggest grossing film of all time. What makes the film a perfect time capsule of being a kid in 1982? Does it hold up to modern eyes? Is it science fiction, fantasy, magical realism, or something else? Where did all those frogs come from? Hey, he’s an alien, we don’t know what he’s capable of.

Unjustly Maligned 39: "Indiana Jones and the Kingdom of the Crystal Skull" with Clara Fernandez-Vara

NYU game professor Clara Fernández-Vara joins Antony to confess her love of all things Indiana Jones, even including the infamous fridge contained within the Crystal Skulls.

Myke at the Movies 4: "Raiders of the Lost Ark"

Steven Spielberg and George Lucas’ 1981 Indiana Jones adventure “Raiders of the Lost Ark” is in the spotlight.

We discuss the Indiana Jones movie series, including a brief revisitation of “Raiders of the Lost Ark,” the good parts of “Temple of Doom,” Dan’s childhood love for “Last Crusade,” and utter denial about “Kingdom of the Crystal Skull.” Also, Lex hasn’t seen it. Recorded live at Cingleton Symposium, Montreal, October 2012.

“Raiders of the Lost Ark,” and why it’s so great. Also, “Star Wars” comes up a few times.