We’re back after a brief hiatus, and we’re wrapping up all the superhero news we missed: the official cancellation of Green Arrow and the Canaries; Michael Keaton’s possible return to the Batman franchise; Deadpool’s entry in to the MCU; and Chris Evans possibly picking up the shield again. Plus, we’re really looking forward to WandaVision.

I liked Bruce Wayne better when he was underground.

With Legends of Tomorrow on a coronavirus-prompted break, we take this week to dive into some explorations of the worst superhero movies that we’ve consumed, how Marvel might finally address the Fantastic Four and Doctor Doom, and what our comfort food watches are. But not without our usual digressions in to Star Trek and Star Wars. Plus, a few letters have reached us in our self-imposed isolation.

Biff! 35: The Teachers Never Do the Homework

Hop in, we’re going to talk about the Batmobile! Recently released photos of The Batman’s take on Batman’s iconic ride prompt a discussion about the various models we’ve seen over the years. Then, by popular (?) demand, we discuss what is apparently the most iconic butt in comics.

Lian Yu will live forever in our hearts, so why not get a commemorative t-shirt?

An ode to all things Hong Kong action movie this week as the crew of the Waverider makes its way to the year 1997 to face off against a resurrected Genghis Khan. We discuss the impact of John Woo on modern action cinema, a touching moment from a jerk sorcerer, and great cameo deployment. Then, in our Superhero Sweep segment, we take a peek at Batman’s suit from the upcoming film and expostulate on where we feel Hollywood has wronged the Caped Crusader in recent history. Finally, in our Letters Page, we answer a query about…podcasts!

Lian Yu will live forever in our hearts, so why not get a commemorative t-shirt? 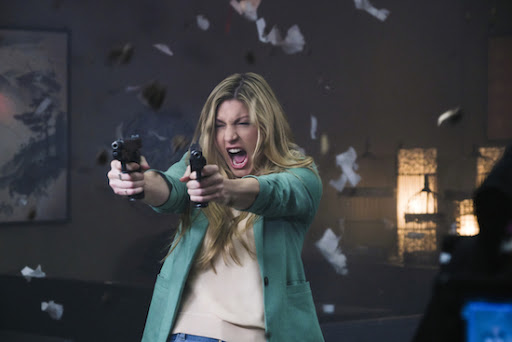 Holy Nostalgia! Our tour of live-action Batman features comes to an end with 1966’s “Batman”, in which a rogues gallery of villains from the Batman TV series—Joker, Riddler, Penguin, and Catwoman—take on Batman and Robin. We praise the… acting stile of Adam West and why…. he… was perfect for this part. We ponder how influential the 1960s Batman was on public perception of superheroes and comic books for decades thereafter. And we finally answer the question you’ve all been asking: What weighs five ounces and is very dangerous? To the batcave!

The Incomparable 466: Bane on a Plane

Our survey of Christopher Nolan’s trilogy of Batman films concludes with “The Dark Knight Rises.” It’s clear why fans of the gritty darkness of “The Dark Knight” might have been disappointed with this film, because it’s strange in many surprisingly comic-booky ways… and we kind of love it? We discuss the choice to have the film’s primary villain have his mouth covered and speak in surround sound, the competence of Selina Kyle, the steadfastness of Michael Caine’s Alfred, the heir apparent earnestness of Joseph Gordon-Levitt, and the proximity of certain middle-eastern rendition sites to Gotham. If you miss this episode, look for us in a café in Florence and give us a nod.

The Incomparable 465: Camus With a Smiley Face

Our cinematic survey of Batman rolls on with Christopher Nolan’s “The Dark Knight.” Nolan’s film was a huge hit and remains well loved, but how does it hold up on rewatching? Our panel found a film overflowing with ideas, sometimes to its credit and sometime to its detriment. Is this really two movies jammed together into one? Why was Rachel Dawes re-cast? Why does Batman hate dogs? Turn on your sonar vision and find out!

The Incomparable 443: Right Off the Bat

It’s time to dive in to the first film in Christopher Nolan’s Dark Knight trilogy, 2005’s “Batman Begins.” We discuss how it changes the tone after the embarrassing Joel Schumacher films, its remarkable roster of acting talent, the more grounded tone and technology, and a whole lot more. Plus, one panelist’s deep love of Michael Caine is revealed at last.

Batman University is back for a panel discussion of the Lego Batman Movie. We pull apart why this movie is such a great (and important!) depiction of Batman and do an impromptu draft of a our favorite Lego Batman moments.

Batman University 17: "Mask of the Phantasm"

It’s final exam week here at Batman University, which means it’s time to expand our podcast to an entire panel for a discussion of the animated movie “Mask of the Phantasm.” Tony is joined by Chip Sudderth, Dan Moren, David Loehr, and Philip Mozolak.

We attempt to remember back to what life was like in 1993, someone compares Tony to Harvey Bullock, and we determine how this movies stacks up against the other Batman animated movies.

Many classic “Batman: The Animated Series” episodes are referenced. Links in the show notes.

The Incomparable 368: This Movie Ends, Right?

After making Batman palatable to the mainstream again with the first movie, Tim Burton’s sequel “Batman Returns” went all-in with his signature fairytale gothic style. Michael Molcher joins Antony to explain why it totally works, and disses the Nolan Batverse along the way. Happy new year!

The Incomparable 334: Three Pillars of Batman

We begin an ongoing series of looks at the Batman film series with the first two modern entrants, Tim Burton’s “Batman” and “Batman Returns.” Tony educates us on the most important traits of Batman. We recall the marketing campaign that put the bat logo on everything. We spend a lot of time breaking down the first film, and…. yeah… “Batman Returns” is also a movie that exists.

We force fed this to our eyeballs.

Phil and Lisa Ruin the Movies 8: Some Days You Just Can't Get Rid of a Bomb