The Incomparable 509: The Battle of Control-V

Engage! Season one of “Star Trek: Picard” is in the books, and so now it’s time to break it all down. Is Data’s death the overriding theme of the season? Does Picard’s final destination live up to the set-up? How did Hugh and Seven fare? Were the other visits from past cast members cheesy or good? How cool are Romulan warrior nuns? Who’s your favorite synth? And can storytelling ever be described as “lumpy?”

The “Star Trek: Picard” season is over, and we’ve split our thought up into two separate panels. Jason’s will be over on The Incomparable, but Scott’s is right here! Scott is joined by five special guests to discuss the ups and downs of this season.

The first season of “Star Trek: Picard” is in the books! Did the show stick the landing? Did the plot resolve properly, and how about the thematic and emotional character arcs? How about that six-minute long tearjerker of a scene in that quantum simulation? And what’s Narek up to now? Scott and Jason break it all down. Join us back here next week for a panel discussion wrapping up the season as a whole. 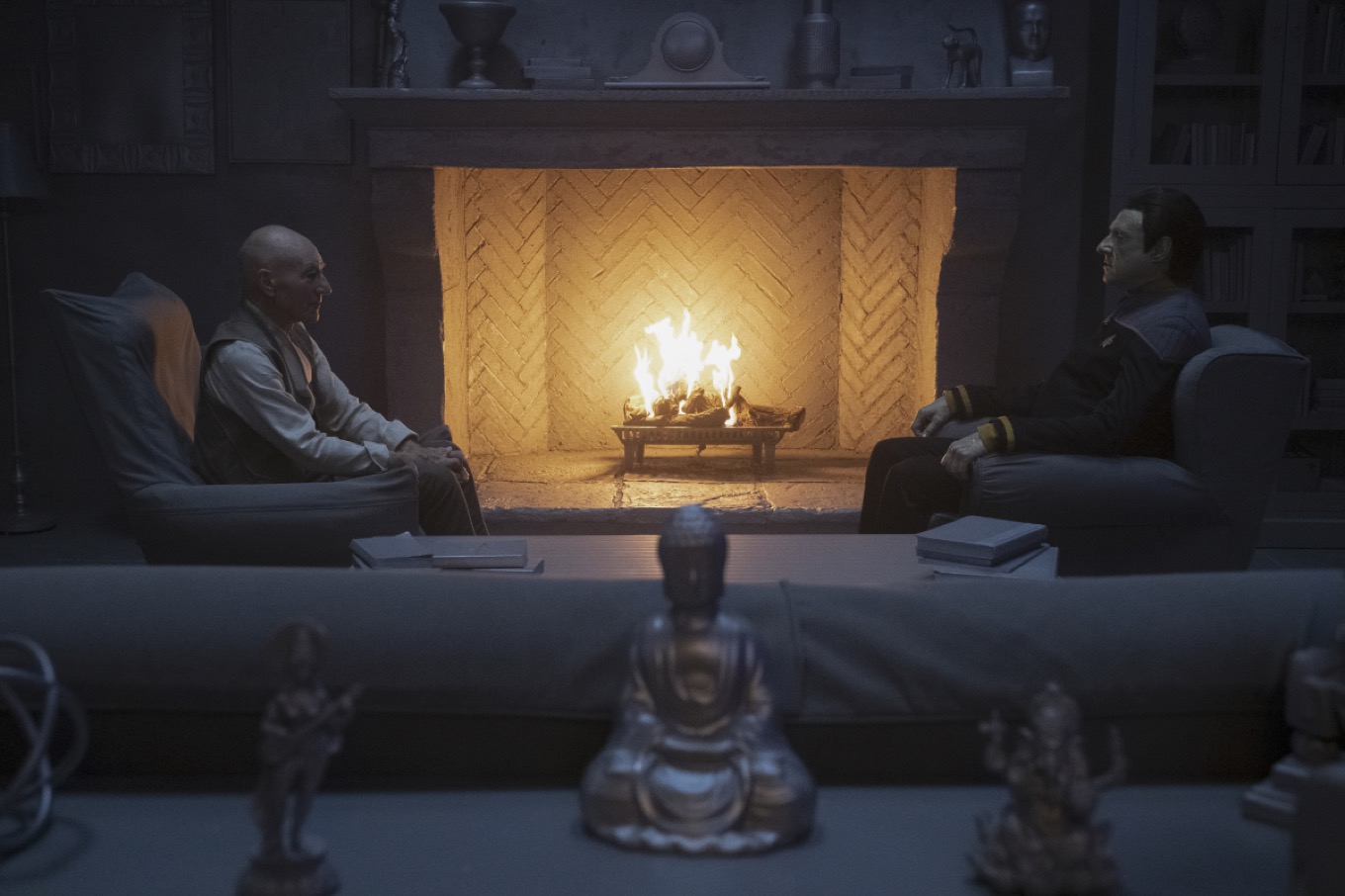 The two-part finale is here! Jason and Scott find it hard to judge part one of a two-part episode, but they’ll run down what they can. Scott can’t decide what his favorite scene is! Jason has studied his paintings and his latin and can’t figure out what will happen next! Seven and Elnor are… present? And the great Guest Actor Prophesy is fulfilled! Join us as we get ready for next week’s big conclusion. 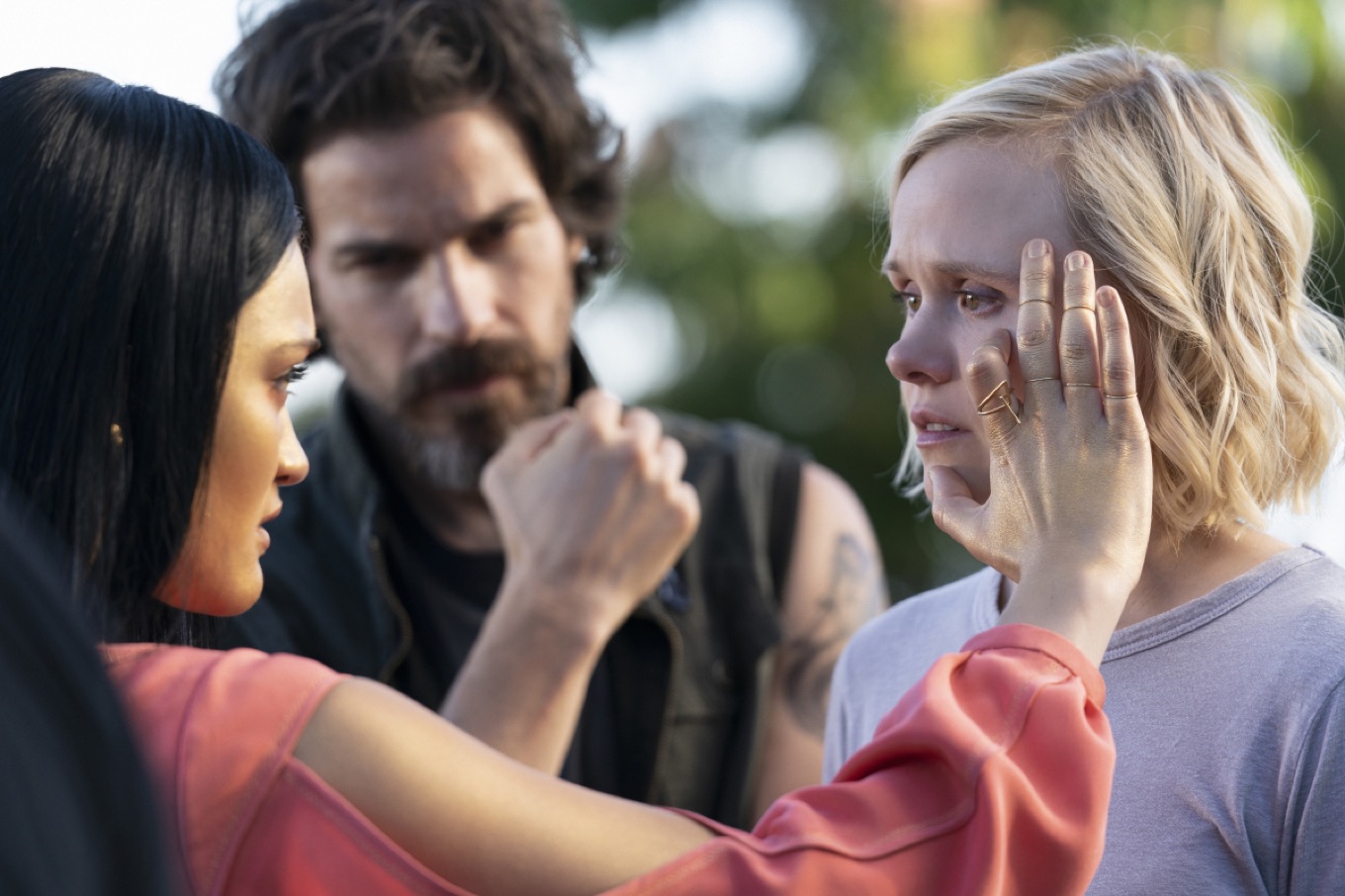 This week we’re once again joined by a special guest, as Jean MacDonald brings her Voyager know-how along to discuss Seven of Nine’s artifact takeover. While this episode was exciting, the more we thought about it, the more questions we had. At least some of us can remember Narissa’s name and understand more about her motivations! The secret of the Admonishment is revealed! Rios reveals the remarkable coincidence in his dark back story! And who is Beautiful Flower? We have theories. You knew we would. 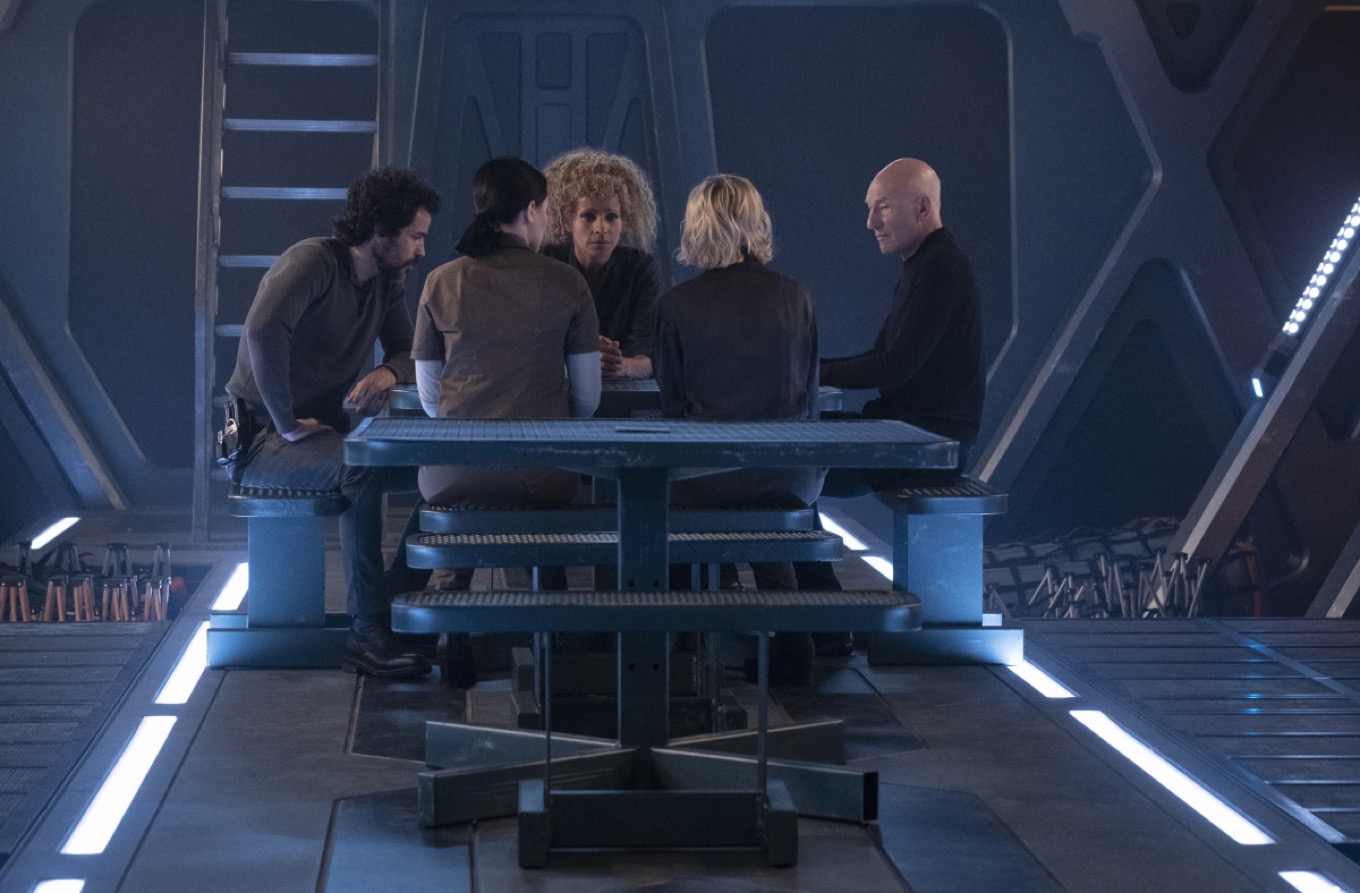 A lot of emotion, both expected and unexpected, comes out of this first true “Next Generation” reunion episode of “Star Trek: Picard.” David J. Loehr joins us as we talk about our feelings, make pizza, eat tomatoes, skin bunnicorns, eat cake with chocolate milk, and don’t even throw up once. 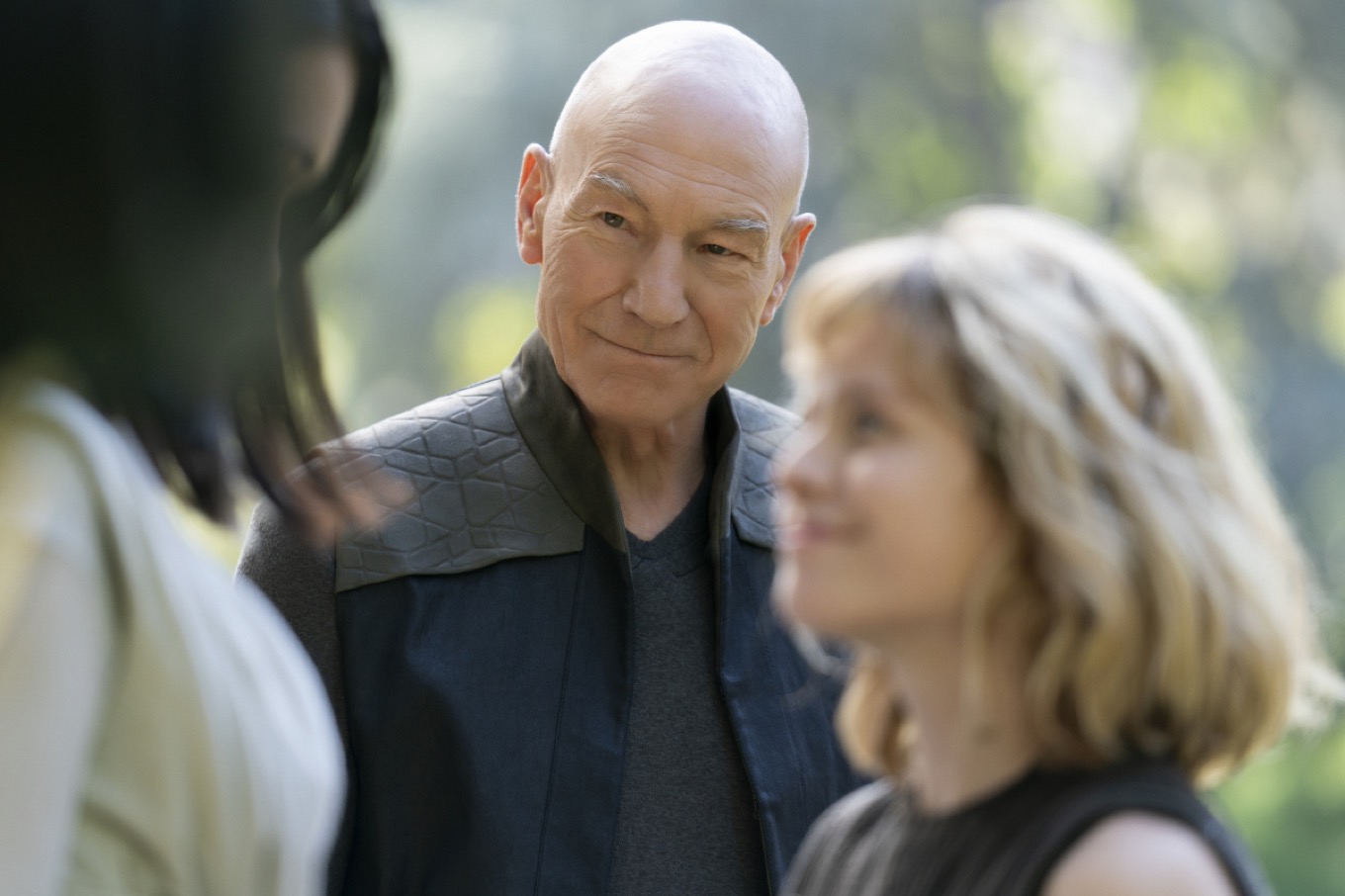 There are a lot of mystery boxes in this episode, full of people, androids, secrets, murder, and surprise figurines! The crew arrives at the Artifact at last. Picard is overwhelmed by his status as the OG XB. Is Narek as straightforward as he seems, or is there room for some interesting betrayal? Why is Narek’s sister so boring? Why do the Borg have a Stargate? Also, Agnes is deeply upset and seeks solace in the arms of a spaceship captain, as so often happens. And Raffi shows just how high functioning an alcoholic (and snake plant addict) she really is.

Now the curtain is going up, the entertainer is taking a bow! It’s time for some space ragtime on the popup-ad-infested planet of Freecloud. In the aftermath of this truly remarkable episode of “Star Trek: Picard,” Scott and Jason are here to discuss shocking plot twists, equally shocking moments of gruesome violence, how Rios stuck a feather in his cap (but probably didn’t call it ‘macaroni’), cartoonish French accents, and various bones. 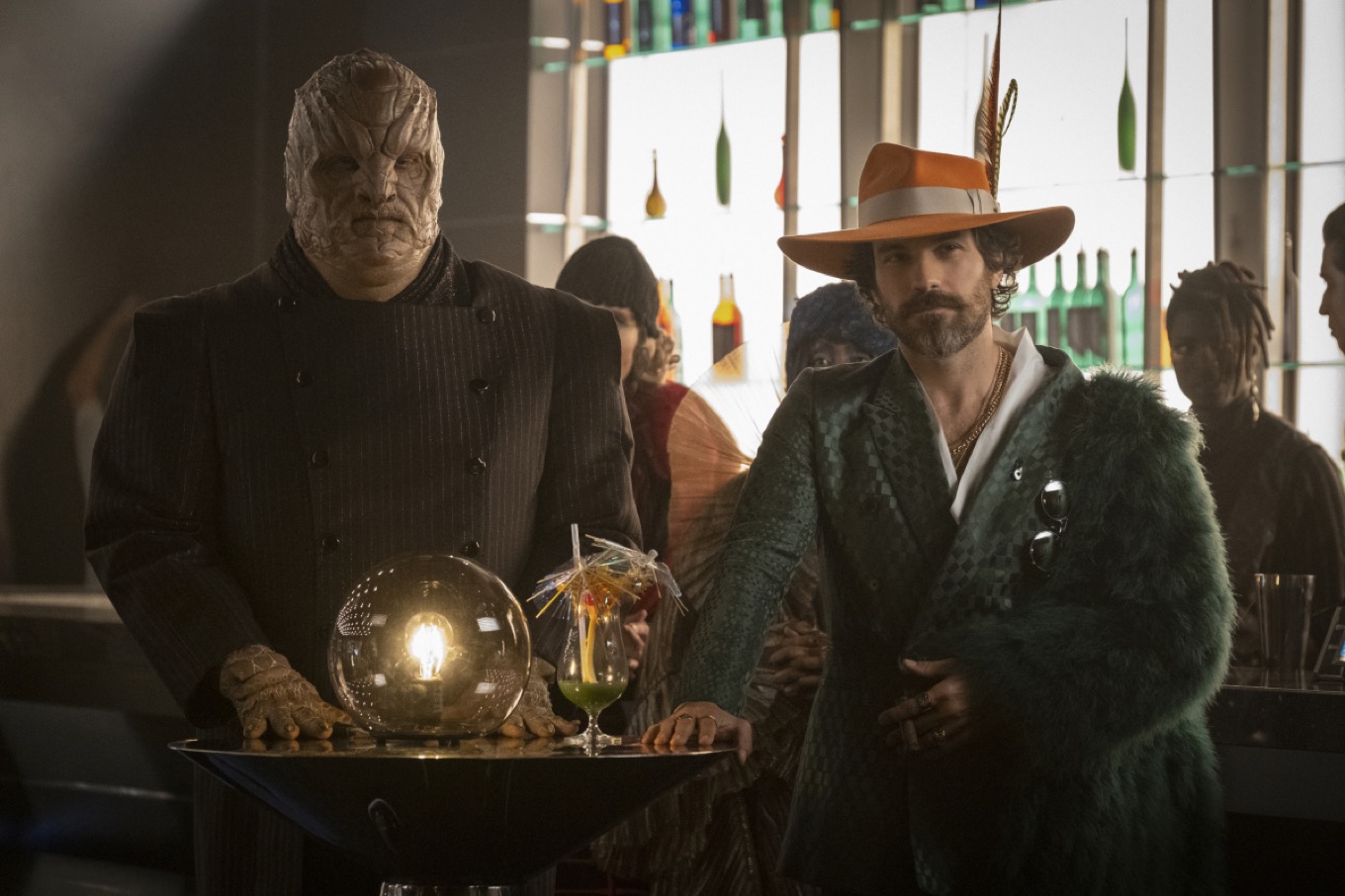 Funny holograms, angry Romulans, a ninja elf swordsman, a Bird of Prey on the loose, and a surprise ending made less surprising by the marketing of the show. It’s all in this week’s “Star Trek: Picard.” Jason and Scott are here to break it all down.

From the halls of Starfleet Command to the creepy gray zone of the Borg Artifact, it’s time to reconvene to discuss the latest episode of “Star Trek: Picard” with Scott, Jason, and special guest Brianna Wu. We accumulate more lore about secretive Romulans! We learn a bit more back story about Dahj and Soji! Picard expresses a dislike of Science Fiction and then rides in a taxi! This podcast has gone 5843 days without an assimilation, but the night is still young! 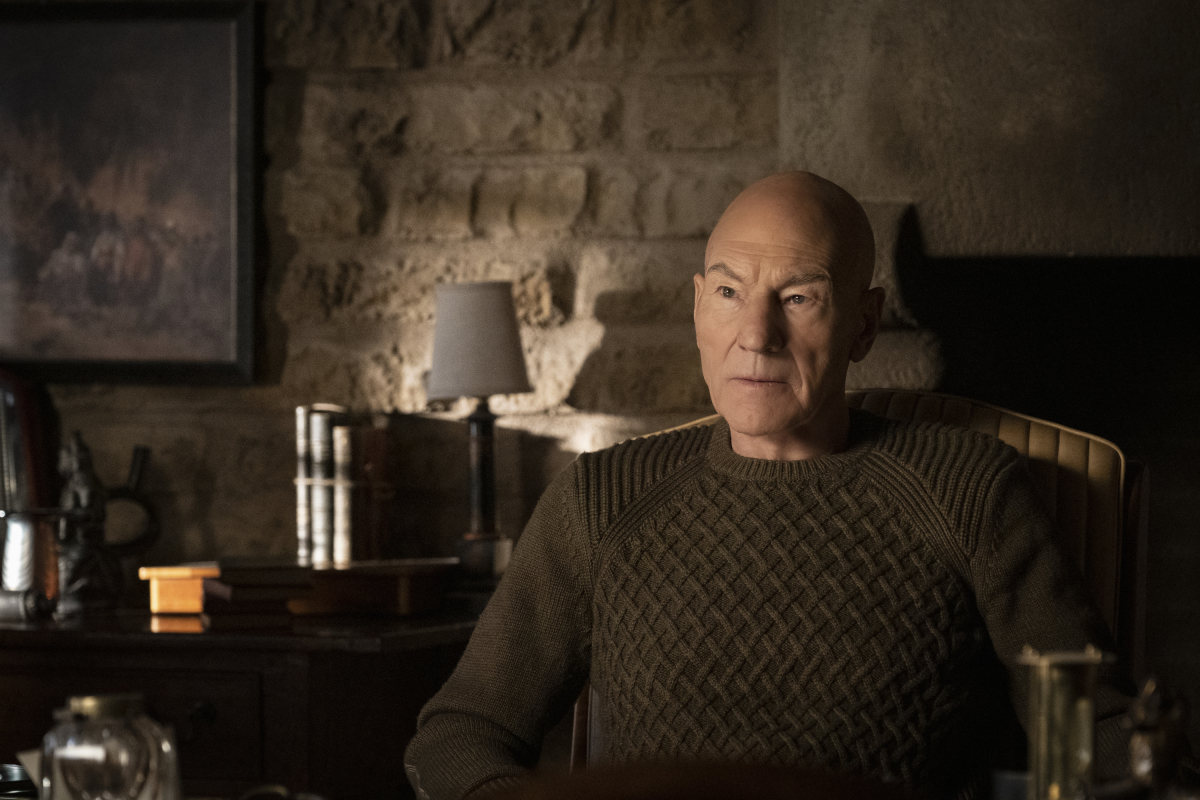 Jean-Luc Picard is back! Your Vulcan Hello crew will be here every week to talk through all ten episodes of “Star Trek: Picard” right away. This week, we ponder the twists and turns of Data’s story, admire Picard’s need to always be surrounded by people he can give orders to, question the use of the canine Number One as a way to decide if drifters are welcome at Chateau Picard, and a whole lot more.

The Short Treks pivot from “Star Trek: Discovery” to “Star Trek: Picard” as we get our clearest view yet of the future of Star Trek: Libraries, schools, dour Vulcan headmasters, David Bowie covers, and scary terrorism. “Picard” begins in two weeks and we’re excited!