The Incomparable 562: The Gentleness Axis

We have reached the end (for now) of Miyazaki Club. So we gather back together to consider why we’re drawn to Hayao Miyazaki’s work, how we define the differences between films as different as “Ponyo” and “Spirited Away,” a list of the director’s favorite things, subs versus dubs, the music of Joe Hisaishi, and which of Miyazaki’s movies we all prefer.

Is this the end of Miyazaki Club? Probably not, but we’ve reached the end of our survey of all the feature films he’s directed with “Porco Rosso,” the story of a pig man, the airplane he loves, the woman he doesn’t feel worthy to love, and the seaplane pirates who terrorize the Adriatic after World War I. There are lots of clouds and planes and boats, as you might expect.

The Incomparable 552: Oh No, My Elixirs!

Miyazaki Club gets weird with “Ponyo,” a story of a fish who gets the taste of human blood, lives in a bucket, can cure all diseases with a lick, and just wants to be human. Also there’s a plot for the sea to sweep away humanity, and the Moon comes perilously close to Earth. But cute!

Grab a wad of counterfeit cash and get ready to swim up a waterfall! Our Miyazaki Club goes back to the beginning, to the great animation director’s first feature, “The Castle of Cagliostro.” It’s a franchise work-for-hire being executed by a budding genius, which is a fascinating combination. The film mixes cartoony action and heist-movie tropes with clouds and landscapes and flying machines that come straight from Miyazaki’s brain.

Our survey of the films of Hayao Miyazaki turns to his most recent film, 2013’s “The Wind Rises.” In many ways, it’s his most adult film, the story of an aeronautical engineer who must pursue his dreams amid earthquakes, rising geopolitical tensions, and personal challenges. Is movie tuberculosis like real tuberculosis? Is Miyazaki’s approach to pre-war Japan (and its allies, Germany and Italy) delicate or problematic? Does the film sufficiently address whether creators are complicit in how their work is used? Is the wind still rising?

The Incomparable 445: It's Probably Going to Be Weird

Put on your fake beard and step out of a magic door, because 2004’s “Howl’s Moving Castle” is in the spotlight. Hayao Miyazaki adapts Diana Wynne Jones’s novel as an anti-war statement that also plays as a Miyazaki’s Greatest Hits collection. We discuss the choices of the English audio dub versus the original Japanese version, ponder the film’s many discarded story threads, note the lengthy scenes involving climbing and cleaning, and debate the true role of Calcifer the fire demon in Howl’s household.

Myke at the Movies 45: "My Neighbor Totoro"

Can you believe Myke hasn’t seen a Miyazaki movie before?

The Incomparable 424: Never Not Wolves

Grab your crystal dagger and leave your village forever! It’s time to discuss our latest Miyazaki movie, as selected by John Siracusa: 1997’s “Princess Mononoke.” We lend a certain ugly dignity to the proceedings by discussing this medieval fantasy tale featuring wolf gods, disgusting pig spirits, and the occasional cartoon beheading. Stand away from the leper holes!

The Incomparable 389: Tales from the Spirit Bathhouse

Our survey of the films of director Hayao Miyazaki continues with 2001’s “Spirited Away.” It’s a real weird one, and sure to be turbocharged nightmare fuel for kids… but as adults, we have more capacity to appreciate a film as absolutely bugnuts as this.

(Some downloads of this file contained an audio error at 32 minutes, with multiple overlapped voices. Re-download the file to get a corrected version, or just skip ahead about a minute.)

The Incomparable 371: Grandpa and His Musical Friends

Our survey of Miyazaki movies crosses over with Anime Club in this episode, where we discuss Studio Ghibli’s 1995 film “Whisper of the Heart.” Written by Miyazaki but directed by Yoshifumi Kondô, it’s a coming-of-age story with some resonance with “Kiki’s Delivery Service,” except there’s no magic and the cat doesn’t talk. But it’s still one magical cat. 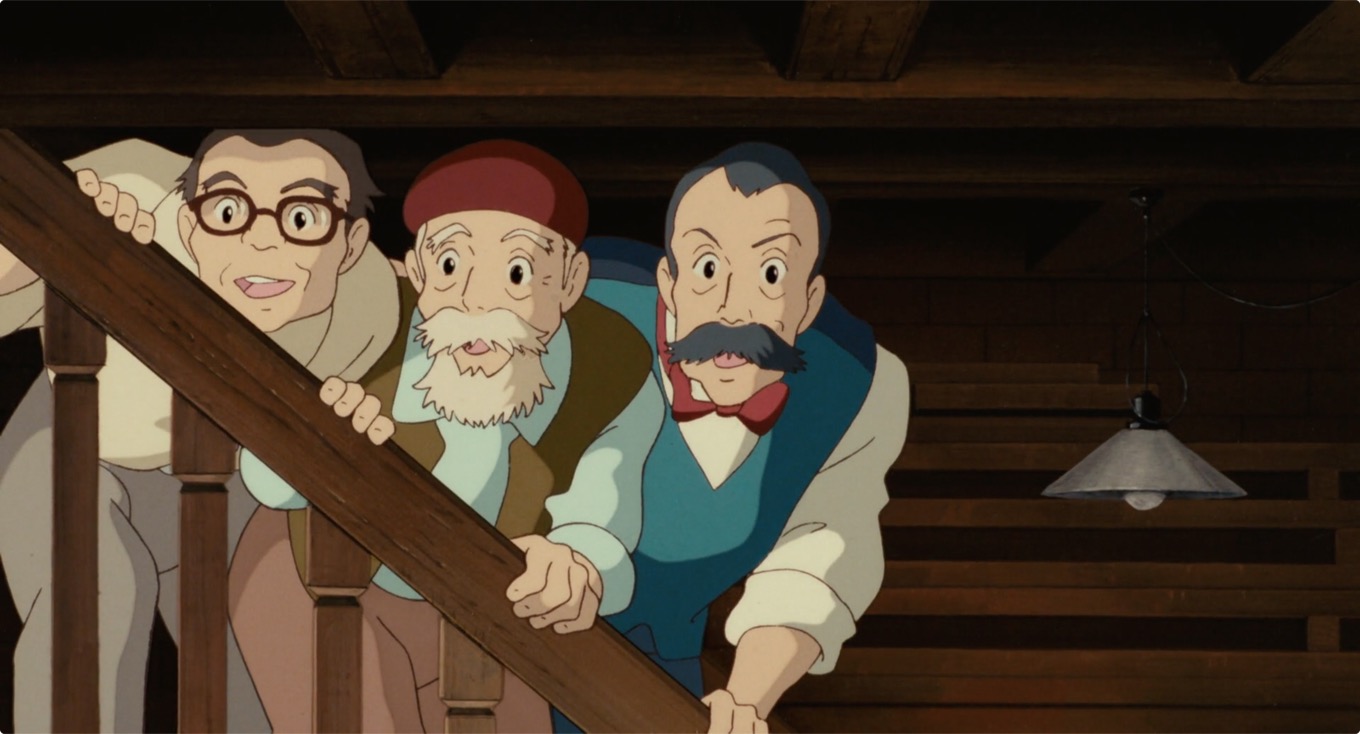 The Incomparable 340: Give the Robots Some Time

Our walk through the films of animation master Hayao Miyazaki continues with 1986’s “Castle in the Sky.” From floating princesses to angry pink pirates to exciting train chases, this film—set in a sort of steampunk Wales—has it all. Oh, and did we mention the airships? It wouldn’t be a Miyazaki movie without flying things and lots of clouds.

Bonus Track 297b: Is the Baby Ohm Alive?

In this super-extended Bonus Track, we discuss the differences between subs and dubs, try to spot a “Space Battleship Yamato” reference, and look on in horror/amusement as Steve and John debate a handful of frames that determine the fate of a baby Ohm.

The Incomparable 297: The Ohm Whisperer

Our survey of director Hayao Miyazaki’s work continues with 1984’s “Nausicaä of the Valley of the Wind,” in which a post-apocalyptic world (of the 1980s nuclear armageddon variety) is populated by princesses, bugs that can’t help but be buggin’, a bunch of flying vehicles, and a suspicious fall through quicksand.

The Incomparable 194: A Real Imaginary Friend

Grab your black cat and portable radio, climb on your mom’s broomstick, and join us for a king-sized discussion of Hayao Miyazaki’s classic animated film “Kiki’s Delivery Service.” This film features a climactic scene featuring an out-of-control dirigible, so you know we love it.

The Incomparable 144: Hangin' With the Totes

“My Neighbor Totoro” is an animated classic in which nothing much happens, but we love it anyway. We discuss how the movie is all about children’s fears of change, ponder the differences between subtitled and dubbed versions, and contemplate corn as a cure for tuberculosis. CREEPY!

The Incomparable 84: Wind is the Enemy

Please join us for Jason and John’s survey of the films of director Hayao Miyazaki. Even if you don’t have kids, like animation, or care about Japan, we think these are some of the greatest films ever made. From “My Neighbor Totoro” and “Kiki’s Delivery Service” to “Spirited Away” and “Nausicaa,” we cover the highlights (and oddities) of his filmmaking career.