Myke at the Movies 49: "Star Trek IV: The Voyage Home"

Myke doesn’t understand that we needed to save the whales in the ’80s.

In this holiday season, what could be more emblematic of the spirit of Peace on Earth (of the past) and Goodwill toward men (who aren’t whalers or aquarium directors) than 1986’s “Star Trek IV: The Voyage Home”? We celebrate “the one with the whales”, an enjoyable romp through 1980s San Francisco that also features a soundtrack that sounds like a Christmas carol, nuclear wessels with terrible security practices, and Admiral Kirk’s to-go pizza box. 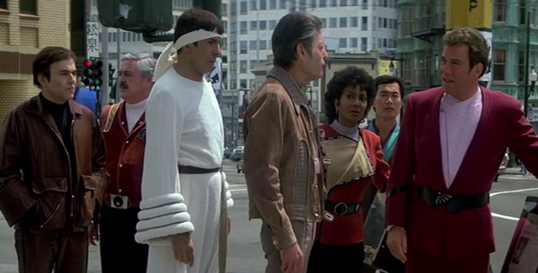 David J. Loehr, Tony Sindelar, and Jason Snell join Scott to discuss “Star Trek IV: The Voyage Home. That’s right, our first movie and it is a good one! You know the one, with the whales and the time travel and the colorful metaphors. Topics discussed include movies that start with the characters watching the previous movie, the shocking overlap between Vulcan and elven fashions, and why doesn’t Sulu do anything in this movie?

Defocused 38: How Do You Feel?

Pugs, Pizza Toppings, and our tribute to Star Trek IV: The Voyage Home (1986).