It’s a far-ranging show this week, as we discuss the shows we’re watching. We have a throwback conversation about the first season of Daredevil, as well as the potential future for Netflix’s Marvel characters in the MCU, plus a frank discussion of what doesn’t appeal to us about The Boys. Then, in our Superhero Sweep segment, we discuss the recently greenlit (eh? ehhh?) Green Lantern series at HBO Max, and our first peek at Marvel’s stop-motion animated MODOK series. Plus, we sneak in a little Star Trek talk. Of course.

Here we are at the final chapter of Frank’s tale. Much has happened to the world around us as we land this series. The Punisher is as controversial as any of the Marvel properties at this point and Frank just cannot catch a break. After the Netflix season slump we were very worried if the story could stick the landing. Did it? Well, you’ll just have to join us for our final push to get out of New York.

Our next endeavor is still being considered, so please feel free to tweet @moze to recommend a new teevee series to unpack and recap. New or old, it doesn’t matter.

As we near the the final stretch, the boys wonder what might be happening to this season. Moze casts doubts, and shines a light of criticism over episode 10. These two episodes have a ton of narrative weight to move in order to wrap the season. It feels a bit like a modern day Game of Thrones, and that’s activating the Worry Meter as Frank’s world comes to a close.

New York City is once again transformed into a battlefield, thanks in part to The Punisher. Granted, he did have some help from Russo and Pilgrim. Russo’s promise to build an army of disillusioned veterans comes to fruition almost overnight. Pilgrim takes a more reserved approach, as usual, placing a bounty on Frank and Amy’s heads that brings every two-bit criminal down on them. Doing so forces Pilgrim to confront a life he left behind years ago—one that he tried to remove from both his body and soul. Frank might not be the only force to worry about.

We dive into the life and times of Billy Russo. His intimate relations, and where he points his weapon. Frank and Amy bond and start to form a real dynamic duo. There’s the big and brutal action of Frank in the gym shaking down the Russians for intel. Finally, we get a little more insight into John Pilgrim.

Whew! We’re out of the slump and ready for Frank to be Frank. 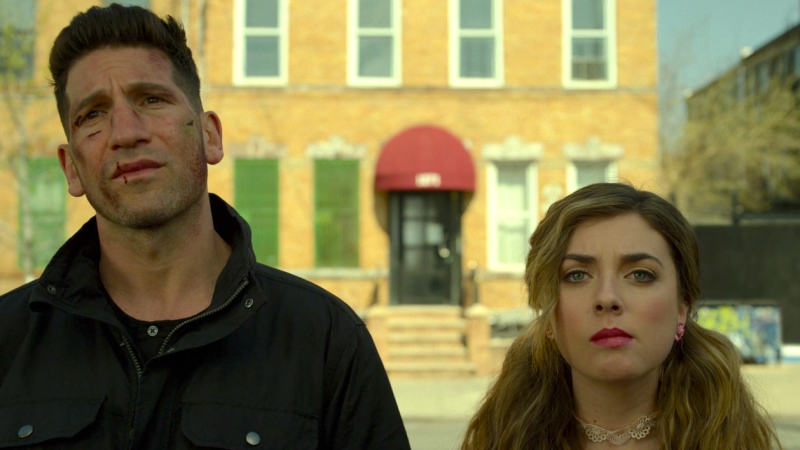 After a fast-paced first three episodes, the wild road of momentum begins to slow down. It is that time of the story where the time for backstory and motivations need to find a place. Some might call it the Netflix bloat. Hopefully once out of slowdown, Frank will be ready to put that bloated beast down for good. Join us as we pick apart the bones and examine the scar tissue.

Now The Punisher is back in full force, with a growing body count as evidence. Both the threat and his new female running mate remain a mystery, but secrets can only persist for so long. Much like firefights… or nightmares.

Cocked and locked, the boys are back to talk about a show that aired a year ago. What does it matter if we’re late? The point is we are back to dump clips of recap into your ear holes. Where is Frank now after the events in New York? Turns out Ohio has some issues too.

It has been too long, my brothers and sisters in arms, but the final three and finale are here. The “Broken Brothers” close out the final installments of Frank’s journey. We deliberate and expound on the Marvel Television Universe. Strap in… this one is a doozy.

This episode of the War Journal we put ourselves in the “Crosshairs” of Frank’s .50 cal to relish the “Cold Steel” of his rifle only to find ourselves standing “Front Towards Enemy.” It is a sticky situation for sure, but this team knows how to clip the right wire and make it out alive.

It is time for a resupply and to get the gun wall in order and looking pretty. Get your equipment ready and join us as the super team goes deep to find out how our broken characters find a reason to survive.

It is time to punch and claw our way through the new Marvel Netflix series, “The Punisher.” We met Frank Castle during Daredevil Season 2, now we meet the man behind the trigger and pain. A special elite hit squad of Incomparable listeners join Moze for a mission to discuss how The Punisher falls inside the Marvel Universe. 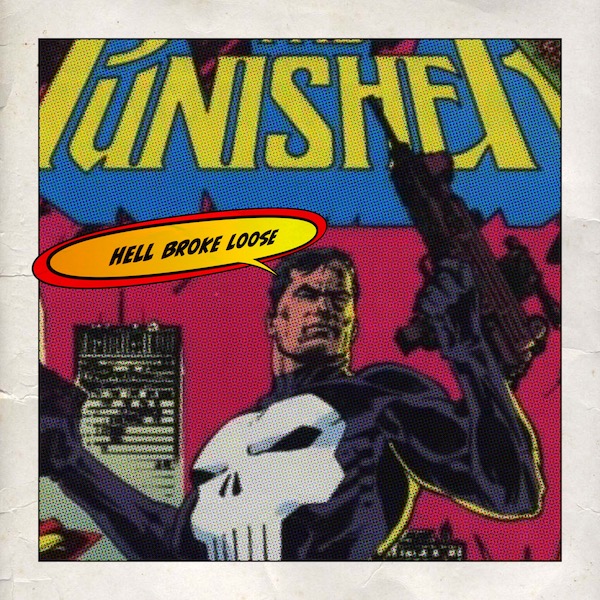