As we prepare to exit the Summer of Spielberg, things have taken a bit of a turn. We’ve taken out our surgical tools to diagnose just what went wrong with “Ready Player One,” in which a director who is much more interested in movies than video games and who himself deeply influenced 80s culture is put in charge of a too-faithful adaptation of a book about video games and 80s culture. We spent a lot of our time imagining a much better movie that could have been made instead of this one.

After years of Monty telling us we should watch it, we’ve given in. It’s time to discuss 1981 South African karate movie “Kill and Kill Again,” a film featuring many middle-aged men kicking people, as well as a James Bond-style plot about a madman who wants to take over the world via an unusual application of potatoes. We cover strange ties to “CSI: Miami” and “The A-Team,” introduce you to the wonders of Hot Dog and his bag of tricks, weigh the movie’s knowing sexism against its unflinching racism, and contemplate Villanous Operations and how they are named. Also, Jason has a tight five about t-shirts.

I Want to Go to Dog Heaven

Merry Kilmas! We begin our seasonal celebration of actor Val Kilmer with one of his most mysterious works, 1996’s “The Island of Dr. Moreau.” You’ll go in wanting to see Marlon Brando and David Thewlis, but you’ll exit talking about Goat Man and Dog Butler and why the last half hour of the film makes no sense at all. It’s a legendary disaster of a movie, and maybe that’s what Kilmas is all about!

The Summer of Spider-Man concludes with 2007’s “Spider-Man 3”, a controversial sequel that’s packed full with villains (Sandman, Venom, and Extreme Sports Goblin) battling the increasingly unpleasant emo version of Peter Parker. Sandman’s daughter is very ill. Eddie Brock is an awfully unpleasant person. And at long last, the greatest character in the franchise—Bernard the Butler—gets his due. We watched it so you don’t have to!

Our Rocket Surgery crew returns to the current decade to discuss Tim Burton’s billion-dollar 3-D smash hit, “Alice In Wonderland.” What if everything you remember fondly from Lewis Carroll was turned into a catchphrase? Why so much eye stabbing? Who is the Jabberwocky and what has it done with the Jabberwock? What does Johnny Depp bring to his role of a mild hat enthusiast? When did Monty give up and start reading IMDB trivia? Nobody mention how big the Red Queen’s head is!

Lord of Board and Sword

If we told you that there was a 1990s movie starring Martin Sheen’s brother featuring a post-apocalyptic world of skateboarding, sword-wielding Jedi dudes, would you believe us? Well, you shouldn’t, because we made it up on the spot. Concluding our trilogy of improvised “Rocket Surgery” episodes, this is “Last Dance of the Devil’s”, a film so bad that its title is mispunctuated.

We’re all out seeing “Avengers: Endgame”, so here’s something completely different to tide you over. A while ago we all were talking about how our Rocket Surgery selections are so weird and obscure that we could just make up an entire movie and nobody would be able to tell the difference. So we did that. As with episode 453, here’s a Rocket Surgery about a movie you won’t find on IMDB or YouTube, because it totally doesn’t exist. We made it up on the spot, plot point by plot point. It’s 1963’s “The Howling Horror of Dracula.”

All Wormholes Go to Heaven

Jason chose Disney’s “The Black Hole” for this edition of Rocket Surgery, and after viewing it, he’s pretty confident in his decision. But there is dissention in the ranks! Some panelists will stick up for Disney’s strange 1979 horror-as-sci-fi film, which features ranting scientists, robot ESP, laser contests, a giant rolling gumball on fire, a down-home robot prospector, and one hell of a chandelier. Oh, and did we mention there’s a black hole?

Up to the Puppies

After “The Matrix” was a hit, we got the inevitable plague of Matrix-like tales of ultraviolent dark pop philosophy. Of these, 2002’s “Equilibrium”… was one. At the pleading of Dan Moren, our Rocket Surgery team disassembles this tale of totalitarianism and gun-based martial arts starring Christian Bale, Emily Watson, Taye Diggs, and Sean Bean. It’s a movie that thinks it’s very, very smart when it’s actually really dumb. Be sure to take your Prozium, or the Grammaton Clerics will set you on fire! 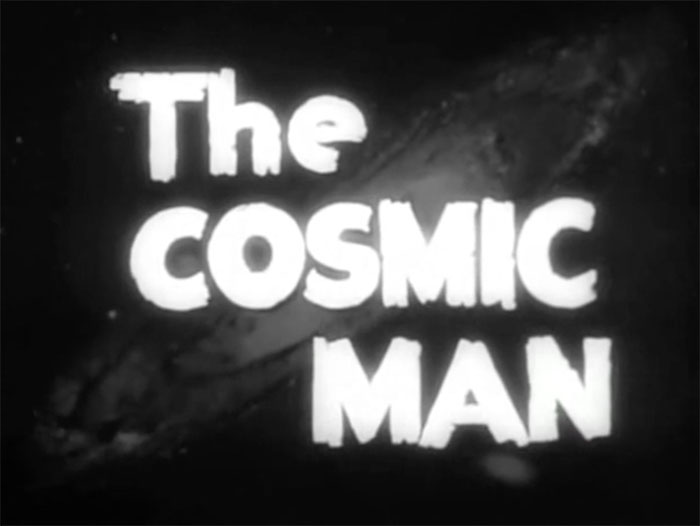 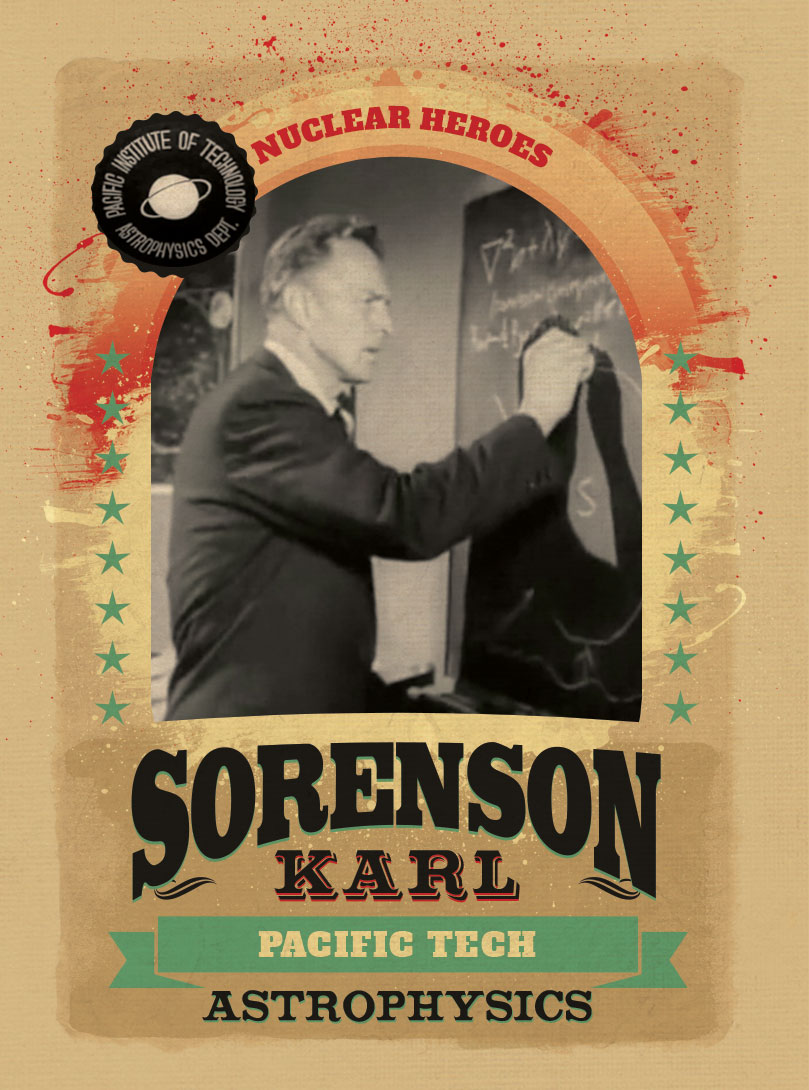 Settle back with a bagel or two and get ready for a film that fails to bring all the excitement and world-building of fantasy roleplaying to life! Our brave panelists watch 2000’s “Dungeons & Dragons”, which features dungeons, dragons, a horribly unbalanced party, an infuriating lack of connection to the game, a set of polar-opposite performances by Jeremy Irons and Thora Birch, a six-foot-tall “dwarf”, political theater even more boring than The Phantom Menace, generous garnishes of racism and sexism, and a villain who wears blue lipstick. Oh, and did we mention that TV’s Doctor Who is in it as an exposition elf? Join us as we watch until the end and finally say, “Ugh, WTF?”

Our survey of terrible movies from various decades returns with a stop in the 60s, to visit 1965’s low-budget spectacle, “The Wizard of Mars,” featuring John Carradine in the title role as one of the horrors of the red planet. How many parallels are there between this film and “The Wizard of Oz”, really? Why are caves on Mars so peaceful? How much oxygen does it take to stay alive on Mars? Join us as we laugh to keep from crying—we’ve come all this way, there’s no reason to turn back now!

Our rocket surgeons take on 1981’s “Frankenstein Island,” Jason’s go-to bad movie from his high school days. What do balloons have to do with Frankenstein? What’s that brain doing in that tupperware container? Why are there zombies dressed like longshoremen? What is John Carradine doing? How did Jocko lose the eye? There are so many questions, but so few answers.

Our Rocket Surgery series returns to the heady days of the ’90s, home of questionable cyberpunk movies, to watch Keanu Reeves in “Johnny Mnemonic.” How can a movie written by the godfather of cyberpunk, William Gibson, be such a disaster? We’ll fax you the answer.

Our Rocket Surgery panel attempts to apply logic to “Cool Cat Saves the Kids,” an inexplicable educational film featuring a couple of people in animal suits, some music videos, parade footage, and many questionable lessons for children. But there are cameos by Erik Estrada and Vivica A. Fox! Anyway, our logic slides right off.

Our survey of questionable science fiction films moves to the 1950s for “GOG,” a story featuring a secret nuclear base, a couple of “robuts,” a shifty Swiss scientist, a neglected Coke machine, a whole lot of science lectures, and then many dead scientists.

Love Blooms Naturally on a Vespa

On Halloween, our Rocket Surgery series takes us to the swinging ’60s and the height of NASA space exploration at Kennedy Space Center! In this corner, a robot astronaut named Frank! In that corner, a horde of invading aliens and their terrifying monster! In between, a bunch of stock footage, a very ’60s soundtrack, a bunch more stock footage, scientists riding scooters, the least sexy beach bikini scene ever, some military stock footage, and a party where everyone is wiggling their butts until the guy on the diving board is lasered to death. And did we mention the stock footage? Our survey of terrible films continues with 1993’s “Super Mario Bros.”, which features surprisingly little of the characters, setting, or joy that one might attribute to the beloved video-game franchise. Bob Hoskins, John Leguizamo, Dennis Hopper, and the directors of the original “Max Headroom” film collaborate on this dreadful tale about evolved dinosaurs, dystopian parallel-universe New Yorks, and a couple of plumbers named Mario, one of whom is also named Luigi.

Stay Inside My Aura

Draw a beard on your face with a Sharpie, prepare to learn math via touch, and we’ll take you to the second level! Our trek into films of questionable quality continues with John Boorman’s 1974 sci-fi epic “Zardoz,” starring Sean Connery in a red diaper and a floating stone head. Even the writer/director/producer can’t explain what happened, and neither can we—except maybe for Glenn.

The Only Way Out Is In

Introducing a new recurring segment on The Incomparable that we call Rocket Surgery, in which we watch an unappreciated science fiction movie from the past and then talk about it.

For our first installment, we watched the 2003 film “The Core,” starring Hilary Swank, Aaron Eckhart, Stanley Tucci, Delroy Lindo, and Bruce Greenwood. Yes, this is a movie about people riding a spaceship (of a sort) down into the core of the Earth in order to blow it up with nuclear bombs because reasons.

Our discussion topics include the science of birds, peaches as metaphors for the Earth, friendly whales, the destruction of the Golden Gate Bridge, and the powers of computer hackers.