It’s only appropriate that the former Speedy Arrowcast crew returns to a funhouse-mirror Star City for the premiere of Arrow’s final season. We discuss familiar faces with a twist, the zingers that we stood up and applauded, and threading the needle of a final season and a massive crossover. In our Superhero Sweep segment, we discuss the season premiere of The Flash and the much improved second episode of Batwoman, then take a jaunt over to our Letters Page for some feedback about the Arrow premiere and where our thinking is on Joker.

Have you been stuck on an island for as much as a decade? Time for a new shirt. 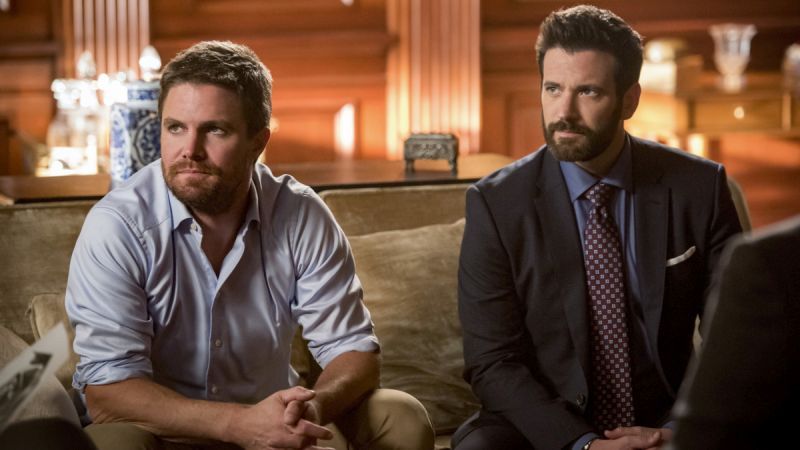 Champagne Corks - Great for keeping your bubbly bubbly or for making a conspiracy board!