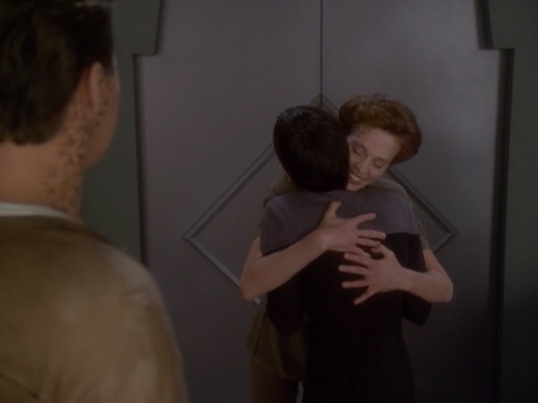 Mikah Sargent, senior editor at Mobile Nations and podcaster (Integrate, Cartoon Cast, and Disruption joins Scott to discuss DS9’s Prodigal Daughter (S7E11). During the final season of a complicated arc driven show it makes sense to pause and examine the home life of Ezri Dax, right? Scott speculates that the entire Star Trek universe economy revolves around mining, and the brief moments of seeing the rest of the cast are discussed, as is the disturbing lack of Australians in this episode.